Everyday is a new opportunity to progress with your coding skills. There are many good resources available on the world wide web teaching best practices on some of the most used programming languages in the software development industry such as Php, Java, C++, Ruby and Python.

The zen of python

Open the Python interactive shell and run the following command:

Read the output coming from the above command carefully as it is truly important for the Python coder:

Clear your python shell with this command

Most of the time when working on the interactive python shell one feels the need to run a clearing operation so the mind does not get overwhelmed by unwanted information. The clear utility is used on unix based systems to ‘refresh’ the console.

It is possible to execute system commands through the os module which is available by default in the Python library.

The following piece of code can help to clear the Python console on operating systems such as Linux and Mac OS X.

Windows based systems have the cls command for clearing the screen. Back in the day, I used to make use of the command prompt on Windows 7, so every time it was necessary to clear the console I made use of the following command:

Logically it makes sense to just replace the name of the command in the os.system call after importing the module for the above code to work on Windows systems.

Be careful when creating tuples

Many beginner coders think that running the following piece of code in the Python console is going to return a tuple built in object, but once the code is executed what you think to be true is actually false.

The Python shell returns an integer after running the above piece of code.

Based on this practical example, one can easily tell that the parentheses are not the constructor of a tuple object, they just make the code more readable.

Try to run the following code in the Python interactive shell and see for yourself what kind of object is returned.

The following is the result being returned while executing the above piece of Python code.

It is highly recommended to always include the comma when constructing tuple objects with only one element.

For example, in the case shown below the comma after the last element available in the tuple is not needed.

Executing the above code, the following gets displayed on the interactive Python shell:

You may be tempted to use the following code:

Get the documentation of a Python object

Getting help on a specific function or module from the interactive shell becomes really easy using the help() command.

Running the above command the Python shell gets information on the built in module os and prints it out for the user to read.

The output should look similar to the following:

The help command is very handy to the Python coder especially if there is not an internet connection available for doing research and consulting the official documentation.

It is also possible to research a specific function of the module os, as shown here:

The os.getenv function is used to get the value of an environment variable. If not present, ‘None’ is returned.

Try to run the above command on the Python interactive shell and check if the following information gets printed out:

The are many ways of formatting strings in Python. The following works with a template and interpolation values.

The values are being stored in a tuple. Each one of the values must match a specific formatting string in the template.

Print the sentence with the help of the print statement:

The following piece of text will be printed on the console:

The %s stands for string values. What about the %i operator? According to the official documentation this operator converts an integer to a string for the purpose of string formatting.

The above case is a very clear example of how string formatting in Python is done.

Swapping values in Python is easier than in any other programming language I have tried so far.

To verify the values are being swapped, do the following checks.

Commenting the codebase is truly important for the future of a Python project as it helps to understand how stuff works under the hood, and is especially handy if you are dealing with multiple projects at the same time.

What about docstrings? Python developers use docstrings to help the user learn how to use a specific part of the code, for example a function inside a module or  a method in some instance.

A docstring is defined with the help of triple quotes.

The following is a real world piece of code where the docstring is being used.

As it is with learning any new skill, practice is the key to improvement. Mistakes too! You can never go the right way if you have not experienced what it feels like to go the wrong way.

The above Python tips can be really useful to the beginner coder to help them improve their skills and become intermediates in no time! 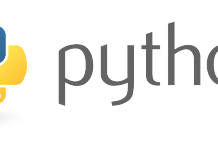 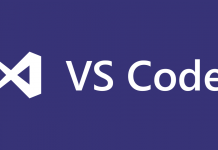 How to install Visual Studio Code and .NET Core on RHEL 7

Install Grunt and Grunt-cli on Ubuntu 16.04