BeOS was an operating system developed back in 1991 by a company called Be Inc. It’s target market sector was digital multimedia. BeOS included some very advanced technology to take full advantage of modern hardware capabilities. And it included a 64bit journaling file system called BFS. The concept of the BeOS desktop interface was a clean and uncluttered design with ease-of-use. The kernel of BeOS differed from that of the Unix monolithic kernel. The BeOS kernel was a modular hybrid kernel. Although the eventual commercial failure of Be Inc. to compete with Microsoft and Apple for the desktop operating system space, it was no reflection on the quality and design of the BeOS code. Be Inc. was acquired by Palm Inc. in 2001 and BeOS development was then discontinued.

The same year, the OpenBeOS project was born, with the genuine intention of supporting former BeOS users and to be an open-source operating system backward compatible with BeOS code. OpenBeOS would also contain a modular hybrid kernel which would be forked from another project of a former Be Inc. software engineer.

In 2003, the non-profit organization Haiku Inc. was registered and would become a primary financial supporter for the OpenBeOS project. But in 2004, OpenBeOS was hit with a Notification of Infringement of the registered trademark name of BeOS, which was owned by Palm Inc. The OpenBeOS project was quickly renamed to Haiku to avoid any further legal pursuit by Palm Inc.

Development of Haiku has been slow in comparison to more popular open-source operating systems. And it was not until September 2009 that the project reached the declared milestone of R1 Alpha 1. Even today the project remains in a declared state of Alpha. And in November 2012, Haiku R1 Alpha 4.1 was released for public download. And that’s what I am currently using for testing.

Before I give you my brief run-down of my views of Haiku, it’s important to point out that although Haiku is declared as alpha stage in development, my experiences would beg to differ. It is rock solid. And if this is the sort of code that developers are releasing for alpha stage, then it’s all good news ahead from this point onward. And to get more involved with the inside of what’s going on with the development of Haiku, I decided to sign up for the development mailing list. I’ll be honest, I did expect a few entries by some enthusiastic developers of Haiku and no more. The mailing list demonstrated to me that Haiku development is well and truly alive and plenty of stuff going on in the background. I am excited and will definitely be following the development of Haiku closely and possibly get myself involved in it somewhere in the future.

The website provides a few different options for download. You can download the standard ISO which includes an installer and also a Live CD mode which you can run directly from the CD media, just like most other open-source operating systems. eg. Ubuntu or any other mainstream Linux distribution. Other options include virtual images which can be used in VMWare and VirtualBox. I opted to stick to the standard ISO. Check out the Downloads sections on the website for all options.

Now, let’s take a look at what it is like to use Haiku as an operating system. The first thing you notice when booting up and running Haiku is its raw speed. It is just that, raw and fast. And I officially declare it the fastest operating system that I have ever used. Over my many years of using and testing many different Windows, Linux and Unix based operating systems, Haiku wipes the floor with all of them combined.

As mentioned previously, one of the key designs of the desktop environment is to remain clean. And that’s exactly what it is. There’s no desktop clutter anywhere on the desktop. Everything is kept real simple, out of the way and yet remaining present and within view to be of service. Very clean and sleek.

There’s something really exciting about not only finding a new operating system to play around with, but also a new kind of operating system that you have never used before. It’s fresh and exciting and a feeling that I have not experienced since using and learning Linux for the very first time, many years ago.

Naturally, being the hardcore geek and command-line junkie that I am, I fired up the Terminal. I still have a lot to learn how the Haiku terminal works. It is Bash, yet it seems to operate in a slightly different manner to that of Unix and Linux Bash syntax. It’s very interesting and something I’ll be spending a lot of time with in the coming months.

Checking out the configuration options in Haiku is mind blowing. EVERYTHING you look at and click on is configurable to a ridiculous level. And you get a real feeling and sense that the operating system is in your control and not the operating system controlling you. And I’m sure that power-users and developers will love it as much as I do.

Checking out out the cool new shiny components is all good and fun, but the real serious part comes down to what actually works and what does not in real-world use. First off, I mounted a few different partitions to see if my hard drive’s contents was readable. I just about fell of my chair when it mounted my Ext3, Ext4 and NTFS partitions without any hiccups. It not only mounts the partitions correctly, but prior to mounting the drives you get an option to mount them in Read-Only mode and R/W Mode. A neat and sensible option to have at your disposal. I tested my mounted drives in both modes and everything worked. All read, write and copy test I performed worked without any issues. Great stuff.

There’s clearly a strong focus on multimedia with Haiku, as there was with the original BeOS. But the great thing is, everything just works. All video and audio tests I performed just worked. MP3, MP4 files all worked flawlessly. And even those dreaded WMV files I have stored on my hard drive which I sometimes have issues with on Linux, played perfectly in Haiku.

There was one thing I found to be of major issue with Haiku. There was no support for my wireless adapter. Whether this could be sorted with a little more tinkering, I am yet to discover. And as I am still learning my way around Haiku, I am still unsure of what to tinker with to get things going. And this is something I might have to raise to the Haiku developers. Switching to ethernet cable proved successful. There was no dramas using an ethernet connection.

I tested a few more files to continue to see what worked and what did not. Yet my mission quickly turned in to a test to find a file that did not work. It’s so darn good that everything worked out-of-the-box. PDF files, no problem. Multimedia, no issues. Image files, perfect. Aside from my wireless issues, this seemed to a perfect operating system. And although it does have a strong focus toward multimedia users and software development, it could really be used by anyone for an everyday operating system.

I have really enjoyed my time testing Haiku to write this article. I originally planned to stop testing once I had finished this piece, but I have to admit that I am addicted and can’t stop playing around with it. Development may be progressing slow, but it is progressing. And it is so great to see that there are new projects out in the development world that are innovating and not afraid to do things different. Kudos goes to the Haiku developers who are doing a fantastic job. I am enjoying using Haiku and hope that after reading my article, you decide to give it a shot for yourself.

Give Haiku a try and let me know your thoughts about it. Post in our comments section below and send me an email as I’d love to hear from other users and developers on their opinions of Haiku. 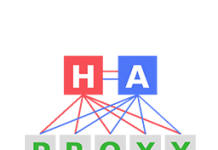 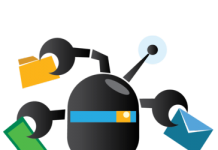